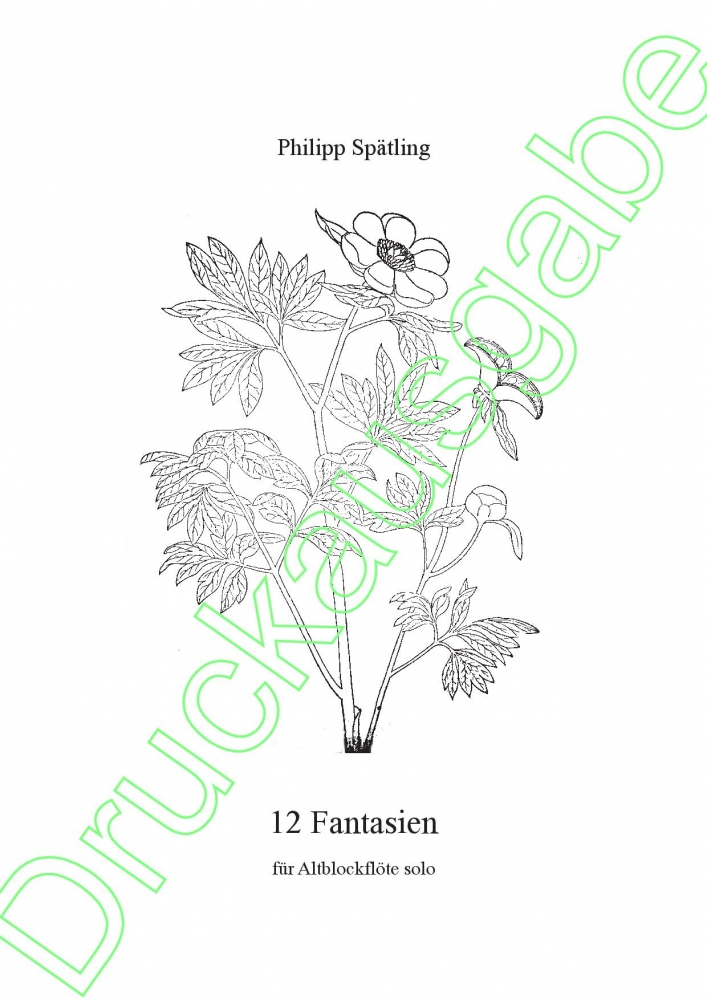 These twelve Fantasias for a single instrument (originally written for tenor recorder) have been composed in a short time. During the process of writing them I often took the instrument to invent new musical ideas by improvising.

In quite a lot of this music the ideas may change very quickly, that's why the player should develop a keen sense for this spontaneous music, to grasp every tiny idea and to create a context with it.

The narrative flow which links the ideas is particularly important to create „a whole“.

Some of the pieces may remind of the sensitive Galant Style. There, ideas could be cut off immediately and be replaced by new and completely different ideas; that created a deep expressiveness. The indicated tempo serves just as orientation. In respect of the musical intention, expression of the pieces and regarding the player's skills, the pulse may change slightly (tempo rubato).