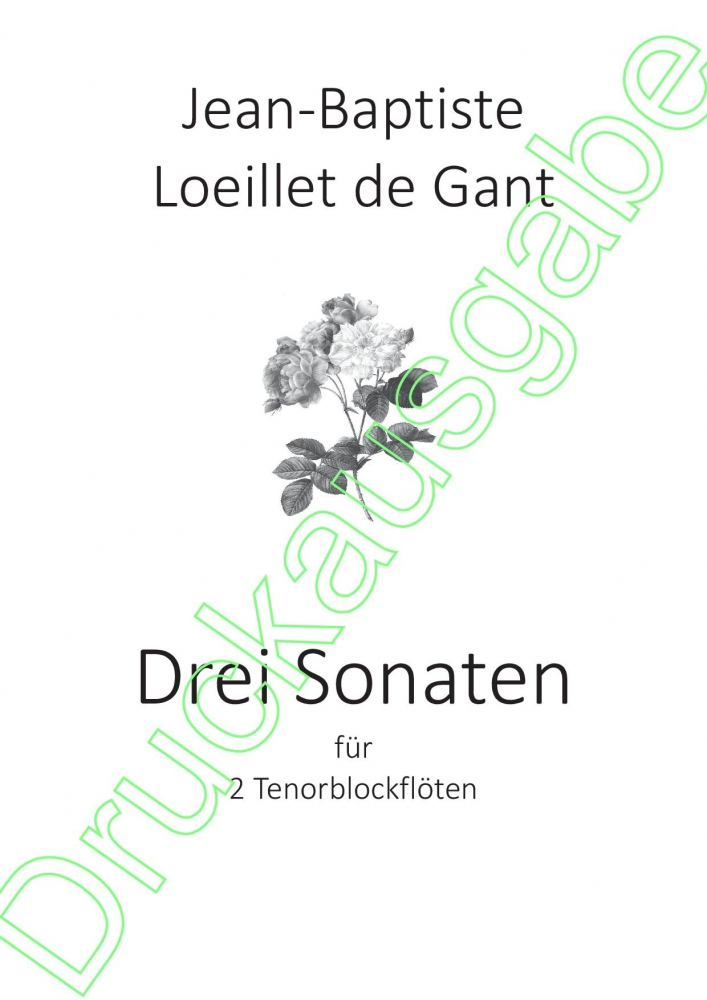 Jean-Baptiste Loeillet de Gant wrote 54 Sonatas for recorder, that were published during his lifetime, first by Estienne Roger in Amsterdam, some years later by John Walsh in London. The latter was the one that arranged or let arrange versions for two treble recorders. Thus amateurs were able to play this music without having a harpsichord at their finger-tips.

Even for today's lessons these duet versions are chosen to give pupils an understanding of Loeillet's Sonatas. Since the flock of tenor recorder enthusiasts is constantly increasing, in my opinion it was time to open these wonderful duet sonatas for the tenor recorder.

The numeration of the sonatas is that of the Walsh edition. Ornaments and slurs were adopted. Since they are just a few, it's desirable to invent own embellishments in a baroque manner.