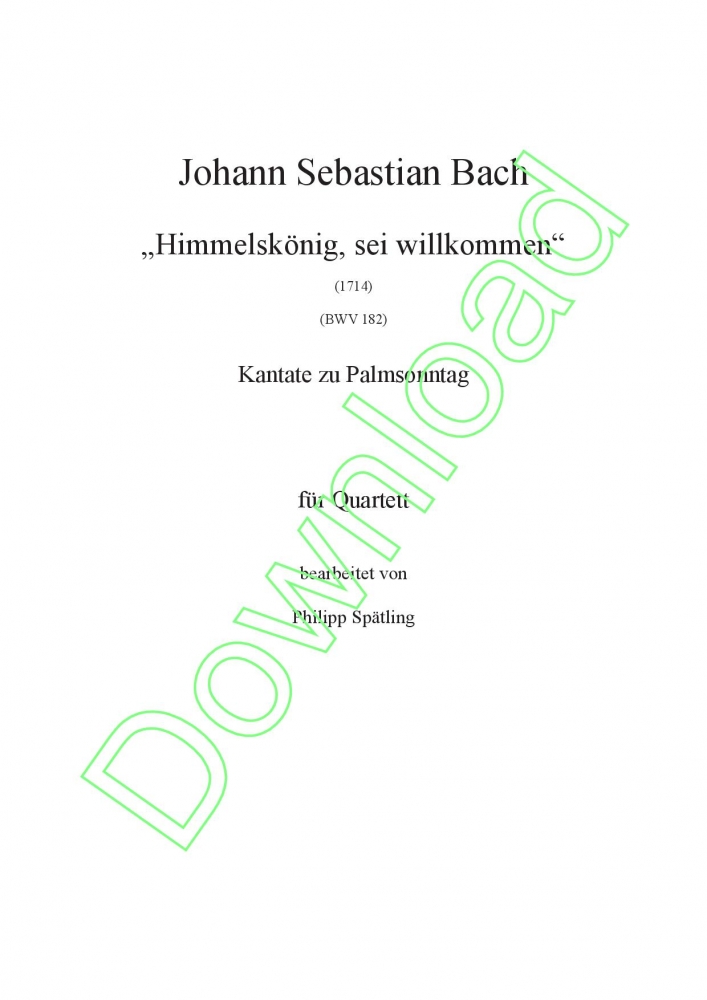 It was the first cantata that he composed in 1714 in his function as concertmaster of the Weimar court orchestra.

It is one of the sacred cantatas in which Bach chose the recorder as his solo instrument.

In this arrangement the work has now been set for mixed quartet (alto recorder, tenor recorder, viola, violoncello).

Due to the ambitus of the individual parts it is now also pleasant to perform with various instrumentations (e. g. for string quartet).

In the 18th and 19th century, reductions of large orchestral and operatic works for chamber music ensembles were a common method of making compositions known through bourgeois music rooms.