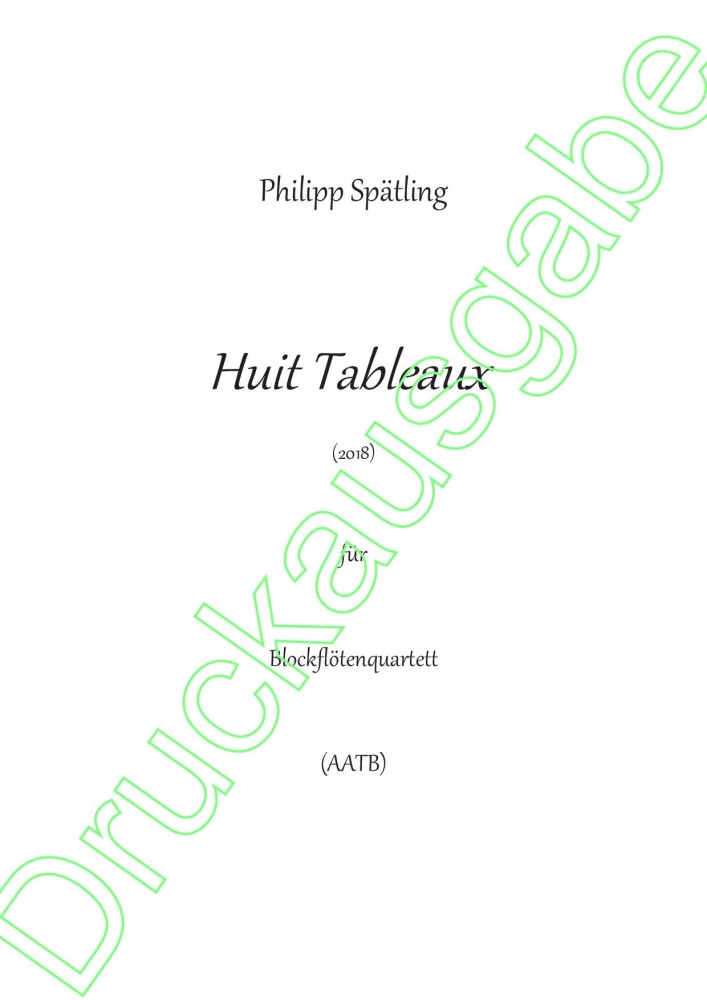 The idea to write these pieces was influenced by my great appreciation for the french Impressionism.

Off the traditional painting at 'the Salon de Paris', artists created at the end of 19th, beginning 20th century a new style where the depiction of light and atmospheric conditions became the main task. The interest in the Depiction of Motives in all details waned over time. They implemented it by dropping colour spots onto the canvas. Regarding these paintings it takes quite a distance to discover the presented. Details blur the closer you get, the more you 'zoom in'. Due to this vagueness result spaces for light and atmosphere.

The music on hand may work in a similar way. Sometimes it borrows from Debussy's musical language who developed an expression, that was never heard before (featuring whole-tone, pentatonic and modal scales). For him music was 'artistry with sound and colours'.

Considering that I try to take the Performer and the audience to a trip to discover pictures and atmospheres on their own. The titles give just hints to which field associations can belong.

Furthermore performers are invited to create their own succession of the pieces creating little stories.

Click here to listen to samples of the 'Huit Tableaux':

The individual parts to the score are inclusive. After your purchase we'll send them to you as PDF file via email.