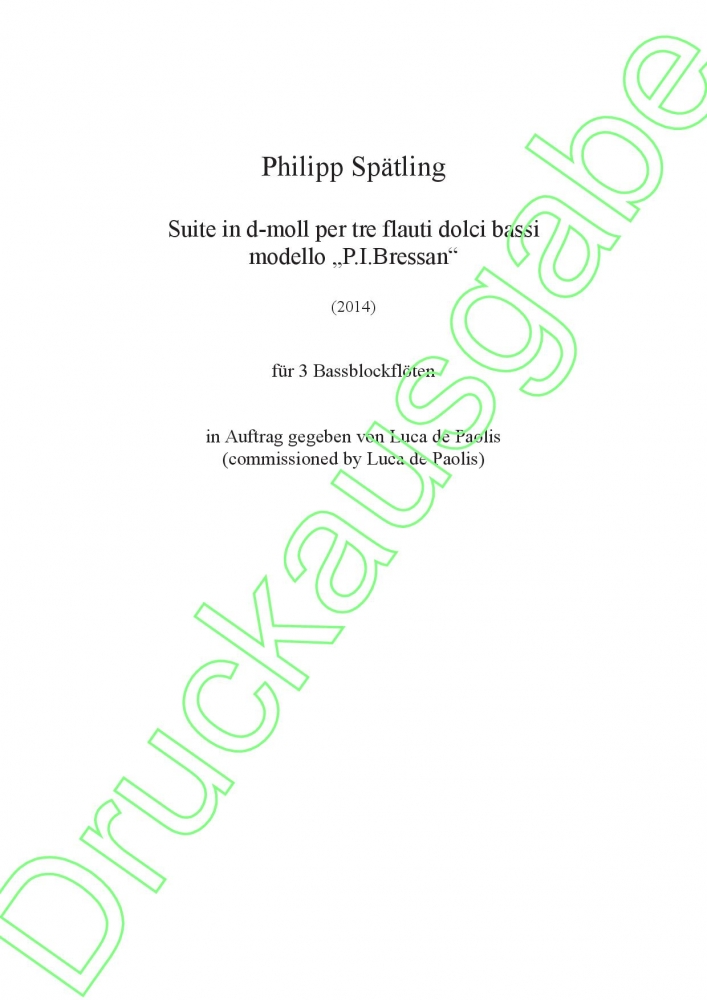 The idea to this piece was born at Stockstädter Musiktage in May 2014.

Luca de Paolis had the imagintation of three Bressan bass recorder players playing together, giving a marvellous sound. After having measured an original bass recorder from the Collection of Musical Instruments in Chester (Grosvenor Museum) by Pierre Jaillard Bressan (alias Peter Bressan) before, he manufactured three astounding copies of this instrument in the following months.

Since he was presenting this bass recorder at the Early Music Exhibition in Stockstadt, I had the opportunity there to play on it. Hereupon he asked me, if I would be interested in writing a piece for these instruments. In remembrance of the recorder's marvellous sound I started my work: the result was a piece with three movements.

For the premiere of the 'Suite in d-moll per tre flauti dolci bassi […]' Luca de Paolis could win three excellent performers over: Pamela Thorby, Lorenzo Cavasanti and Mauel Staropoli. Their enthusiasm, thei joy and love performing the piece impressed me much and I'm very thankful having had this great experience of working together with them.