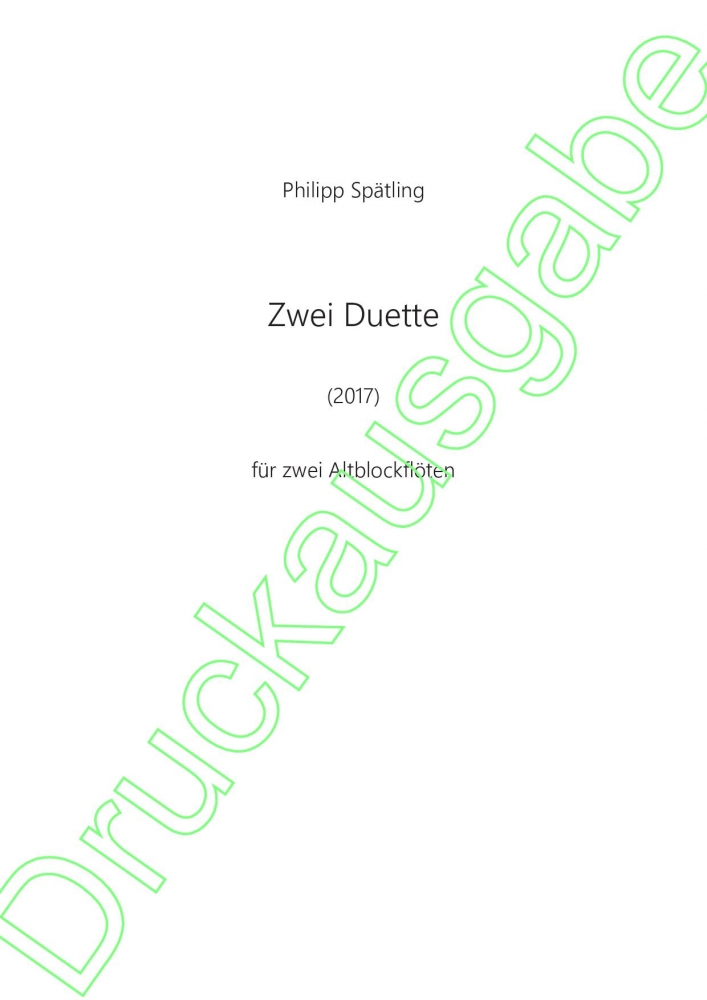 These two duets have a distinguished approach.

The duet No.1 in C major was composed with several movements with a baroque musical language and form. The through-composed duet no.2 in c minor ('earthly, celestial and subterranean incidents') consists of several sections, which are accompanied by a little fairy tale. In this fairy tale there are some written comments on the music, depicting dwarfs' daily-life scenes:

they flee from stormy weathers, climb up tree houses, dream of their mining-work in glittering galleries, which are inhabited by very old creatures...

The short text-passages picture some of the music and just want to give inspiration for the performing; if you like you might project them onto a canvas for the audience or use them to introduce the piece to the listeners.